Michael Gunst has toured, taught, and performed in educational settings for over 35 years. As a creator and collaborator of original material Michael’s work has been with Boston’s Studebaker Theatre Company, Faustwork Mask Theatre, Toronto, Circus Flora, St. Louis, among others. In Colorado Michael has performed with the Colorado Shakespeare Company’s Arts in Education program, and locally in Denver and Boulder theatres. He received his MFA from Brandeis University. “Gunst’s impressive handiwork is on full display…imaginations will be ignited,” says The Daily Camera, Boulder, CO about Michael’s show Four Wishes. He has been touring Four Wishes since 2007 after he won the Boulder Fringe Festivals “Pick of the Fringe”.

Adapted from a Wabanaki tale written by Joe Bruchac, Four Wishes is the story of four Abenaki men who yearn for more. The traditional teaching tale is unfolded with an elegant and eye-catching collection of puppets, masks, props and an engaging narrative. The entire production is performed by a buckskin-clad Michael Gunst, who slips naturally from one character to another. One man is greedy for many worldly possessions, the second for stature so he can be taller than anyone, the third seeks immortality, while the last wishes to be a better hunter so he can provide for his people. They journey by canoe to visit Gluskabe, a great creator who will grant such wishes. But what happens if they open their medicine pouches too soon?
“This graceful, well-crafted production out of Boulder, Colo., is well-deserving of a broad audience” -Winnipeg Free Press-

“Michael Gunst has performed for the Mamie Doud Eisenhower Public Library Science Sights and Sounds Family Series and the Wonderful Wednesday Children’s Event Series.  His performances are one of the best I’ve seen in the 30+ years I have been hiring performers.  He presents such a rich artistic and creative performance which is highlighted through his awesome stage settings and professional storytelling. In 2016, the elementary school age audience was so invloved in the story, Four Wishes, they were shouting to the puppets to follow the directions so their wish would come true. ” Kathy Klatt, Mamie Doud Eisenhower Public Library 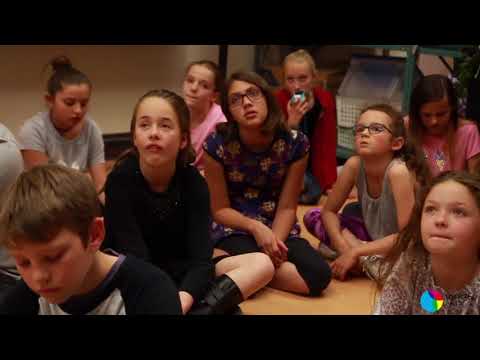 Book a Program with this Artist

Individual workshop and performance prices are determined by each artist. Please contact us for performance and workshop pricing for a particular artist. Visit our Pricing page for other pricing information.